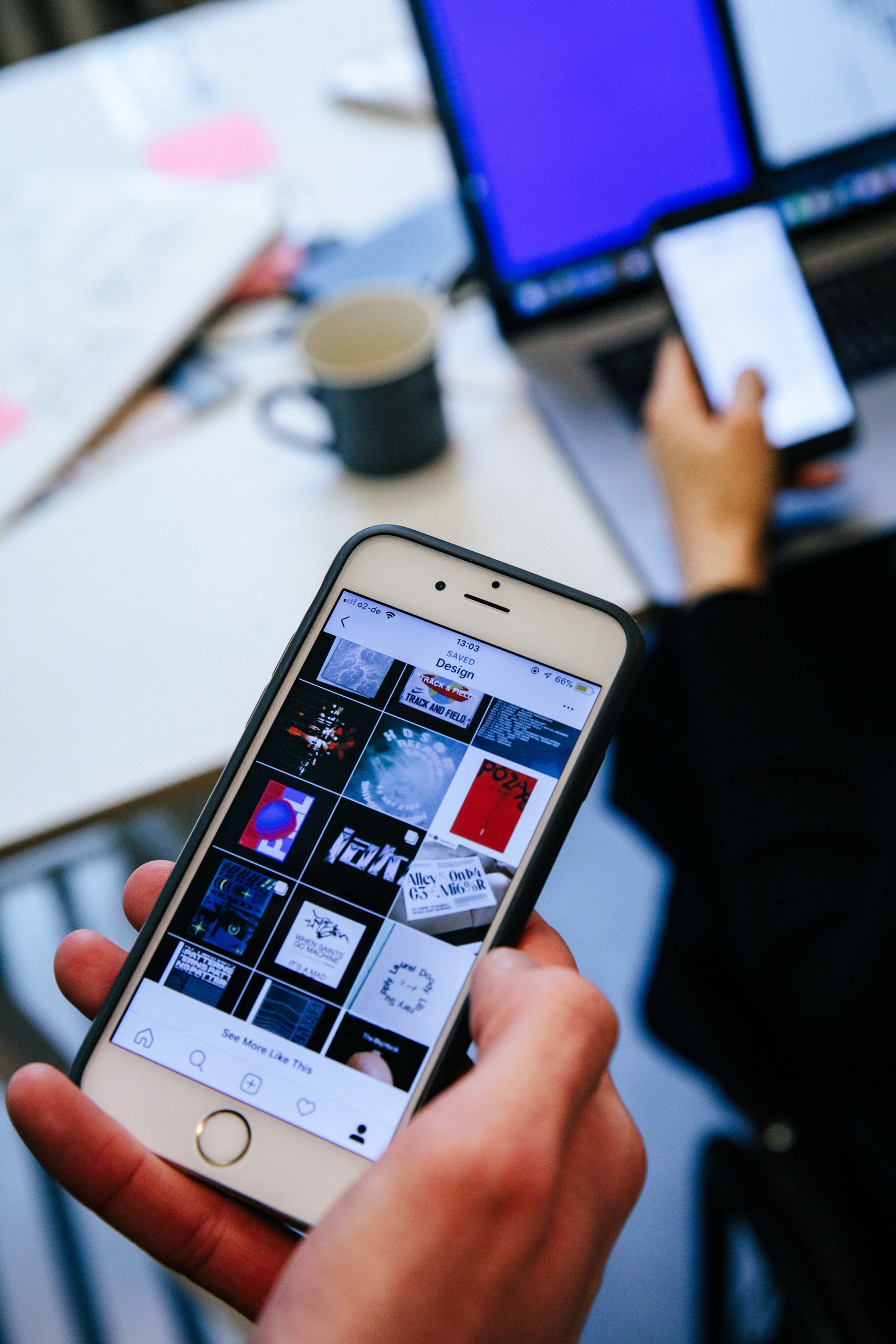 Cut Back on Social Media With Five Changes To Your Environment

I like social media.  It's a lot of fun, and exposes me to a world of creativity. But sometimes I spend too much time in that world. Often, I find myself scrolling through Instagram for 30 minutes when I only intended to spend one minute checking on one or two friends. Does this ring true for you? Here are five simple changes you can make to your environment—your living space, where you keep your phone, and the phone screen itself—to disrupt this habit and reclaim your time.

How is social media a habit?

A habit is a behavior we automatically engage in when in a specific context. We've done something so many times when in a particular situation, we don't even think about it anymore.  In his book The Power of Habit, Charles Duhig calls these the cue and the action. Some examples look like:

The simplest way to stop a bad habit is to remove the cue. But for social media we carry that cue in our pocket: our phone. Every time we get a notification, it buzzes or chimes. We’ve become accustomed to logging in just from the tactile feel of the phone itself.

If you can’t remove the cue, put up a barrier to performing the action. Habit researchers call this friction. Sometimes friction is enough to stop a habit because it forces you to think twice. For example, researchers found that on average, internet surfers will tolerate a two-second wait when loading a website. Any longer and they abandon the page altogether in frustration. The trick is finding what friction you can create to convince yourself to abandon that social media check.

Five Changes to Remove the Cue or Put Up Friction

Try these five changes to remove cues or create friction for your social media habit.

1) Give your phone a home. Studies show that phones draw a tiny bit of attention whenever they’re on us or within sight. Give your phone a home inside your living space that’s out of sight and not in your pocket. Mine lives on it’s charger in the kitchen. It’s not allowed to come with me to other rooms—especially not to the bedroom—and I can only put it in my pocket when I leave the house. When I’m working in my office, I’m not cued by seeing my phone, and if I do want to use it, I have to stand up and go to another room, adding a few seconds of friction.

2) Lock it up. When I need something more strict, I use the Kitchen Safe, a lockable tupperware container, to control access to my phone. (This is also great for keeping my gummy-worm habit in check.) After dinner, I lock away my phone for two hours to make sure I have time to read and get through my reading list. Don’t have a Kitchen Safe? Just give your phone to a partner with instructions to not give it back for a few hours.

3) Delete your social media apps. Add friction to logging in by deleting your apps. The few minutes required to re-download and re-log in will cause you to pause and ask yourself if you really want to get back on. If you’re nervous about missing a friend’s message or post, I recommend posting a message that says, “I’m taking a social media break. Give me a call if you want to catch up.”

4) Rearrange the apps on your phone. If deleting the apps is too much, you can still add some friction. Ask a friend to take your phone and ‘hide’ your social media apps by rearranging your app icons. The next time you look for the Instagram app, your brain will be confused that it isn’t in its normal place. Even that small amount of friction can cause you to pause and ask if you really need to check the most recent posts.

5) Have a social-media-only device. When my dad upgraded his iPad, I took his old one to use as my social-media device. This old iPad is the only device on which I have social media apps loaded, and I don’t use it for anything else. By having a dedicated device, I avoid being cued into social media when I’m reading a text message or checking my calendar for the day on my phone.

Social media is a powerful habit that I sometimes spend too much time on. But by removing the cues around me and making it more difficult to log into the social media apps, I’ve been able to reclaim some of my time for reading and sleep. I hope you give these five changes a try and see if you can reclaim some time and energy for your own pursuits.